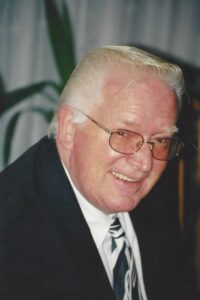 On October 21, 1944, Dorothy and Charles Billings named their first born son Robert Brian. He was called “Bobbie” by his siblings, and relatives. He took the role of being the oldest, responsible son very seriously, and was most protective of his mother and six younger siblings in an often tumultuous household. He predominately grew up in Rockwood and Guelph and spent many days and nights at his beloved Gram’s house in Guelph. She was a much loving, supportive, and influential person in Bob’s life, and he always felt safe there.

Bob was a very athletic boy who was a strong ball player. He frequently boasted to his 3 sons and 9 grandchildren how he could hit the ball right over the school roof in Rockwood. He also loved to play hockey, so much so, that, in winter, he would hitch-hike from Rockwood to Guelph and back again, with his bag on his back and stick in his hand. Sometimes he made it to his games, but sometimes he didn’t, because no one stopped to give him a lift.

Bob was also an amazing dancer who, as a teenager, would spend hours in front of a full length mirror perfecting his moves. Dancing, especially jiving, continued to give him much enjoyment throughout his adult life. He was nicknamed “twinkle toes’ and “swivel hips” by many of his friends.

When Bob turned 16, he left high school to work a full-time job at Harding Carpets in order to help out financially at home. In 1962, he met Pat at an Autumn YMCA dance, and they married in August, 1967. The first four years of marriage saw Bob take up golf, which became a passion of his. He also became a member of the Knights of Columbus at the Church of Our Lady, and proudly received The Honorary Life Member in recognition of his 50th year as a Knight. He also enjoyed bowling for several years in a bowling league with Pat, especially when he won his many trophies for high single scores. Fishing became another passion for him.

Bob returned to school as a mature student in 1968, graduating from the Lewis Hotel School of Food Administration, and gradually working his way up to Area Supervisor of all 7 of the Roy Rogers restaurants between London and Brampton; however, the long hours began to interfere with his family life, which was of first importance to him. He worked the next 18 years at Linread Canada Ltd. until they closed their doors. He continued in the production of forge fasteners at PL Robertson, and, after his heart attack, retired as foreman from Ready Rivett and Fasteners at the age of 50.

The years flew by with his wife and 3 sons. The boys’ educations were of utmost importance to Bob. He was determined that they would not drop out of high school like he had to do. He wanted them to be able to to establish and keep a good group of friends by living at the same address their whole lives, and not have to attend 6 different elementary schools like he had done. In 1973, when his first son was 2 years old, he built a comfortable house, and lived in his home with his family for 43 years. He supported all 3 of his sons in their AAA hockey, coached them all in baseball, and bought them memberships at the Country Club so they could walk to the golf course during the summer days. He ensured that he rented a cottage every summer for a week, for a fun holiday at a beach. He took the boys fishing very often at the OR and sometimes at stocked ponds, and especially enjoyed their yearly summer trips into Algonquin. As adults, they continued these trips and added summer trips up on Lake Nipigon in Northern Ontario, with the last trip being at age 70, shortly before he became ill. In 2012, once his 3 sons had completed university, married, had homes and children, he sold his home, and purchased a comfortable 3 bedroom condo so there was still room for grandchildren sleepovers.

His retirement saw him and Pat travelling to various island destinations, going fishing, playing with their grandchildren, going to dance recitals, and hockey, and lacrosse games and weekend tournaments. He looked forward to helping his sons with building projects in their homes and erecting their backyard ice rinks for his grandchildren…and he continued to be a persistent tease, always eliciting lots of laughs, and easily making friends with whomever he met. He especially enjoyed his numerous games of crib with his wife, sons, grandchildren and friends over the years.

Bob was a very caring and sensitive man. When his first son was only one, he agreed to take in a 7 year old foster child who was deaf. This girl became part of his and Pat’s family. When she left as an older teenager to work in Toronto, the bond between her and Bob’s family continued with Sunday dinners and summer holidays, and when she married, Bob proudly walked her down the aisle. Using an interpreter, she signed a most beautiful eulogy about Bob at his Life Celebration.

To spend more time with his family, Bob valiantly battled his cancer for 3 years. Pat, their sons, daughter-in laws, and grandchildren are so very grateful for the extra special times they were able to share with him. Bob is forever deeply loved, and will never be forgotten.